We thought you might find this article published by ArtNet News on what is selling in the International art world…  According to the survey Art Galleries are still the best places to purchase art an we hope you will visit our Gallery in you search for that “just the right painting” for your home or office. 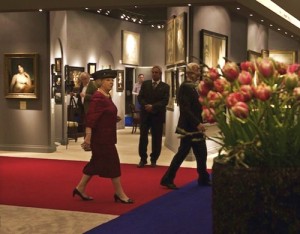 The art world is constantly talking about “collectors” but—except for a few recognized personalities—they remain rather elusive creatures, often preferring anonymity to the limelight.

Art insurer AXA Art has attempted to strip away the mystery with their International Collectors Survey, published to coincide with TEFAF 2014. Titled Collecting in the Digital Age, it bases its results on an online survey of 1,000 collectors. (All are clients or potential clients of AXA Arts global network.)

Here, the 10 facts that surprised us most:

1. Online buying has a long way to go
TEFAF’s annual report claims that online sales are growing at a dizzying 25 percent annually, but not all collectors are convinced. Only 34 percent of the respondents to the survey have purchased artworks online in the past, and 42 percent simply don’t see the point, saying that they couldn’t see themselves buy online in the future.

2. This is a man’s world—and an old man’s world at that
While Dasha Zhukova is a front page favorite, she is nothing like the average collector. Three quarters of the surveyed collectors were male, and 73 percent aged 40-69. Art-lovers under 29 make up only 3 percent of the collectors surveyed.

3. Forget Frieze Masters, contemporary art is where it’s at
Older art seems to be all the rage—and the trend has been embraced by art fairs, spearheaded by Frieze Masters. Yet collectors overwhelmingly favor contemporary art (82 percent). Only 12 percent purchase antique art. 39 percent go for modern and Impressionist, followed by 19th century art.

4. On the other hand, those who collect as an investment tend to go for safe value (i.e. older art)
If substantial return is what you are after, it seems that “tried and tested” is the way to go. 43 percent of the collectors who defined themselves as investors purchase modern and Impressionist art as well as contemporary art. The returns are generally lower than with rising stars—but so are the chances of a market crash.

5. Installation and video art are not that hot
You wouldn’t know looking at some art fair offerings, but only 14 percent of collectors go for video art and installation. The overwhelming majority (nine out of ten) collect painting, and more than half go for works on paper. Easy-to-hang remains a strong criterion.

6. Art advisors are less influential than they pretend
When buying, collectors rely little on external advice (paid for or not). 65 percent collect on “gut instinct” and only 21 percent use the services of an art consultant.

7. Conceptual art dominates the art world but collectors love pretty things
We might have thought that things had changed since the days of the Medici, and that the strength and relevance of a conceptual piece might woo collectors just as much as its appearance. Not one bit. According to the survey, 80 percent of collectors say they buy art because “they love to own beautiful things and to surround themselves with them.” “Occupying myself with art and developing a comprehensive knowledge of art” comes second.

8. Photography is a favorite
Often considered a poor cousin of fine art and with still relatively-few galleries dedicated exclusively to the medium, photography is faring well with collectors. It’s their fourth choice after painting, works on paper, and sculpture.

9. Critics matter—but only a little bit more than Twitter
Who said art publishing was in a dire state? According to the survey 58 percent of collectors turn to printed media, trade journals, newspapers, and books while seeking information on the art they purchase. Social media are not far behind, faring a solid 51 percent. It is worth noting that less than half the respondents said they found articles about trends on the art market and the value of particular objects relevant. What they want instead is information on individual artists.

10. It’s not all about art fairs
While 95 percent of collectors go to art fairs and see them as a key source of information, an overwhelming majority, 73 percent, still prefer the personal service they get when buying in a gallery.